9-12th March 2020
London
The consortium met in March 2020, for the 6th time since its inauguration, in two locations in London. The meeting was held over three days, the first being for a consortium meeting at Imperial College followed by a two day workshop at the Royal Society. All three days were held in conjunction with the EU Horizon 2020 group, Harvestore ( https://harvestore.eu ). The aim was to bring together groups with differing objectives but common interests in solid state devices and in particular the interfaces involved in the operation of these devices.

Day 1 comprised of a series of meetings held at 150 Princes’ Gate. The early part of the day consisted of separate consortia meetings to review progress. Later in the day a joint meeting was held in which Professor Albert Tarancón of the Catalonia Institute for Energy Research (IREC) gave an overview of the objectives of the Harvestore project and Professor John Kilner of Imperial College, gave an overview of the SOIFIT activities. This was followed by a dinner in the evening at 170 Queensgate for all participants. 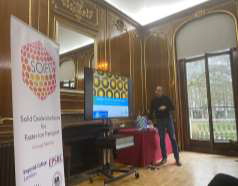 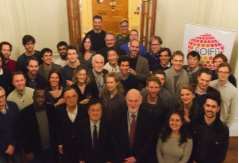 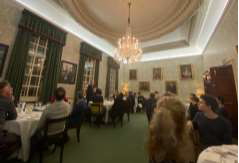 The Power of Interfaces: Fundamentals for Solid State Devices

The next two days consisted of a joint workshop held at the Royal Society, Carlton House Terrace in London. This was the third workshop to be held by the SOIFIT consortium and the second to be held in London. It was organised in conjunction with the Horizon 2020 grouping Harvestore and brought together groups from all over Europe together with groups from Japan and the USA. The intention was to involve relevant groups from both industry and academia for an exchange of views of technological requirements for devices such as fuel cells and electrolysers, and smaller scale devices for Internet of Things (IoT) applications. Unfortunately, we were at the very start of the global pandemic (declared on the 11th of March by WHO) and so we had to cope with cancellations of speakers and find substitutes or arrange for remote presentations. The final program is in the accompanying pdf document.

The meeting opened with a Plenary lecture by Professor Jurgen Fleig, of TU Vienna entitled “Towards a better mechanistic understanding of electrocatalytic phenomena at oxide / gas interfaces”. This was followed by a series of invited lectures from international experts on the subject of interfaces in solid state devices. The meeting was divided into four sessions, one session of the gas/solid interface, two sessions on solid/solid interfaces and a final session on devices. In each of these sessions there were short (15 minute) talks presented by early career researchers. During the lunch breaks and for the evening reception held on the 10th there was a poster session in the Marble Hall of the Royal Society.

On the second day we were delighted to welcome representatives from JSPS, and we had a short address by the Director of JSPS London Prof. Ueno Nobuo on their activities and support for Anglo Japanese collaboration. Again, due to the pandemic we had to cope with cancellations in the scientific sessions, particularly from overseas visitors, but were delighted to end with an invited presentation from Dr Shubhasish Mukerjee from Ceres Power Ltd. on the current state of SOFC development at Ceres

During the event we ran a competition to decide the best of the posters and the best oral presentation by an early stage presenter. The winners of these prizes are shown in the photo montage below. 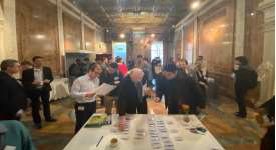 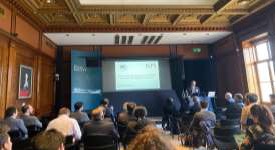 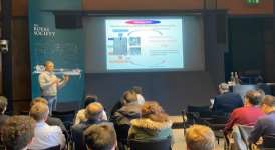 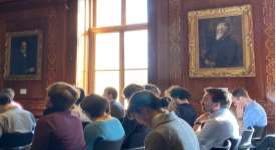 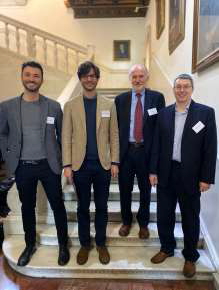 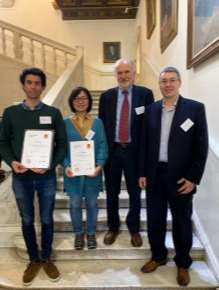 The prize-winners with Professor John Kilner and Professor Stephen Skinner. On the left Dr Federico Baiutti, Francesco Chiabrera, winners of the early career oral presentations. On the right Mr Edouard Querel and Dr Zonghao Shen winners of the poster competitions.